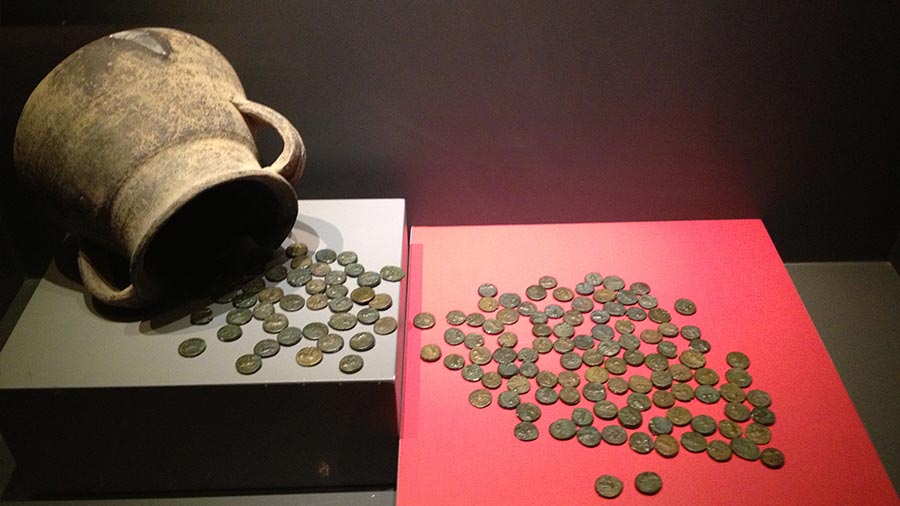 Earlier this year a well-known New Testament scholar visited Antalya, Turkey. The two of us spoke to a group of pastors and their spouses from international churches in Europe and the Middle East.

During one session my friend spoke about a familiar text written by the apostle Paul in 2 Corinthians 4:7: “But we have this treasure in clay jars, so that it may be made clear that this extraordinary power belongs to God and does not come from us.” The Greek word for clay is ostrakinos, from which the archaeological term “ostraca”—pottery sherds—is derived. He argued that the references to light in verses 4 and 6 strongly suggest that clay lamps were the ceramic objects in Paul’s mind when he wrote this passage. So Paul developed his analogy about the fragility of the human body from the clay lamps used in antiquity to provide light. Such lamps are discovered regularly at archaeological excavations. My friend’s idea seemed plausible, but because Paul used the general word vessel (skeuos) and not the specific word for lamp (lychnos), I was not totally sold on this interpretation.

On the post-conference tour we joined a group traveling to Cyprus. There we visited the Cyprus National Museum in Nicosia, which houses a small but rich collection of artifacts. One display in particular jumped out at me—a clay pot lying on its side with a bunch of coins spilling out of its mouth. The description said it was a coin hoard found nearby dating from the first century C.E. The topic of coin hoards caught my interest, and I discovered that archaeologists and treasure hunters working in the Greco-Roman world have found thousands of such hoards. The size of these hoards ranges from fifty to fifty thousand coins. The coins were buried in clay jars for safe keeping, often in times of warfare or instability. Coins were also hoarded for ritual purposes as votive offerings. The phenomenon was so well known that Jesus told a parable about a man who found such a hoard and sold all his possessions to buy the field (Matthew 13:44). The Greek word for “treasure” (thesaurus) used by Jesus is the same word that Paul used in 2 Corinthians 4:7. So they seem to be talking about the same thing!

Coin hoards can be seen in many archaeological museums in Turkey. One of the most famous—the Elmalı Hoard—is now on display in the Antalya Archaeological Museum. In 1984 three Turks with a metal detector discovered a clay jar buried in a muddy field. The jar contained some 1900 silver coins struck by the Attica-Delos League. The hoard included fourteen rare, medallion-sized decadrahmi produced by Athens to celebrate its victory over the Persians. The hoard was smuggled illegally out of Turkey and sold to collectors, much of it going to the wealthy American businessman William I. Koch. After a decade-long lawsuit initiated by the Turkish government, Koch returned 1,661 coins to Turkey in 1999. While visiting the new archaeological museum at Aydın (ancient Tralles) recently, I saw two coin hoards on display. The hoards were found at excavations nearby and consisted of Hellenistic bronze coins (4th century B.C.E) and silver Roman coinage (40–270 C.E.). The clay jars that contained these hoards were well-preserved and displayed next to the coins (see one in photo).

The ubiquity of hoards in antiquity, both in time and region, suggests that the phenomenon was so well known that Paul could reasonably use it as an analogy. However, these treasures—the coin hoards mentioned in 2 Corinthians 4:7—were never placed in clay lamps but rather in clay jars.